Why do Some Kids Always Get Bullied?

Four reasons that some kids always get bullied:

Many people will take issue with the latter two of these things, accusing people who observe these patterns as engaging in “blaming the victim”. Such accusations are common around issues from bullying, to battered women, to rape. The reasons for this are two-fold:

The “protector” scavenges a social profit at the further expense of the target – by labeling them “a victim” and manufacturing a protective relationship with them.

They treat the person as not only helpless and incompetent, but  hopelessly and permanently so.

In reality the “protector” is preying on the target’s fear, as well as the emotions of a polarized audience open to their name-calling scheme. This system profits the self-styled “protector” to the detriment of reality, reason, and actual recovery of the target, who the vocal crusader will stagnate in the role of stooge for as long as they can get away with it.

This behavior is usually not consciously schemed, but that doesn’t make the construct any less pathetic or harmful. One of the first rules for coping with problems – especially social or security-related ones is to face the facts of functioning systems and to realize the power of “unintended” benefits.

When I teach self-protection courses, I always assign an experiment called “pick the victim”:

My students go in pairs at night, to observe the parking area of a store, mall, gas station or other location. They are to imagine themselves as purse-snatchers, robbers, or car-jackers. They watch people coming and going – and select victims for hypothetical attack. They are to consider potential return against potential risk, just as any actual criminal would. And, they are to keep notes on why they would select someone – or avoid them.

They always return with a laundry list of behavioral, as well as physical traits that would exclude someone as a potential target. The point of the experiment is to develop the awareness that they are also always broadcasting information that someone else may be evaluating…

In the real world, target behavior is demonstrated to affect predator behavior. Pretending otherwise is not only factually false, it fails to help protect the target. It also strips them of whatever power they may have to influence their own destiny.

Consider the universal human need for social status. Notice that name-calling someone as “victim” leaves but one strategy for improving social status above whipping boy: membership to a special class of victim or martyr.

We see this played-out in various ways, including the virtual celebrity status afforded victims of bullying – especially those who take their own lives. They receive all the attention, affection, praise and status they didn’t achieve in life. Compare, if you dare, the celebrity status of bullied-to-suicide victims with the (similar) media notoriety afforded school shooters.

Making the most of what one has is a hallmark of creativity and intelligence. So, when adults, as well as one’s peers, seem to be identifying a child as “victim” – it is not unnatural or unusual – and shouldn’t be unexpected – for them to find an up-side to the role they’ve been cast into.

Even my cats are smart enough to act-out to get attention. And, you’ve likely seen a youngster accept the role of “shy child” to gain much more attention than they would otherwise receive. So, type-casting in such roles as “troublemaker”, “shy child” or “victim” can have a silver lining in the form of attention and special status. From this, a symbiosis between bully and target can arise. This is not a condemnation; it is an observation of magnificence in unconscious intelligence, adaptation, and creativity… 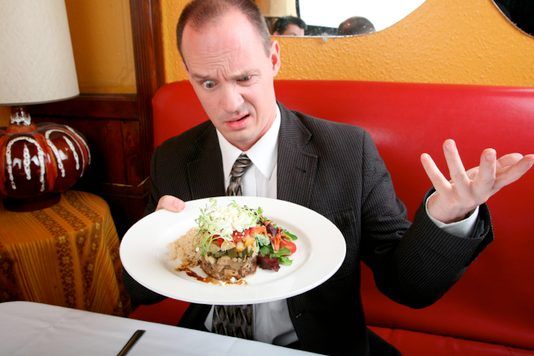 You probably know someone whose narrative of every restaurant adventure involves an insolent, abusive, or incompetent wait staff – or bad or cold food – or food poisoning. Everywhere they go, they meet the meanest or most insensitive people. Such a person just can’t have a good restaurant experience. Yet, they’re willing to go out – especially if the occasion is special and the group large…

Who do you know that fits this description?

I’m not a psychic; I just know the story line of the “professional victim”. Many such people have various disabilities – some of which become a literal vocation, despite the person being rather capable in a variety of ways. How did those people move from bright-eyed youngsters into the mid-life professional victims I meet in my clinical practice?

My surveys indicate that at some point, they accepted the name-calling and labeling – accepted that they were “victims” of some kind. It became their identity and their self-image. And, that became the narrative of their life story from that point forward.

To me, the greatest cost of bullying is that the “bully”, or the “victim” – or both – wind up type-cast in these roles, living various versions of those events for most or all of their lives. I meet these people when they come to my clinic in their 40’s, 50’s and 60’s, stuck in the patterns of those labels – and suffering.

Next time, I’ll talk about what you can do.

What are your stories about chronic bullying?

What do you think about co-opting someone else’s misfortune to seize attention as a “crusader”?

What else would you like to see me include in this series?

Please leave your comments, suggestions, and questions below. I’ll do my best to answer.

This entry was posted in Bully Blog. Bookmark the permalink.